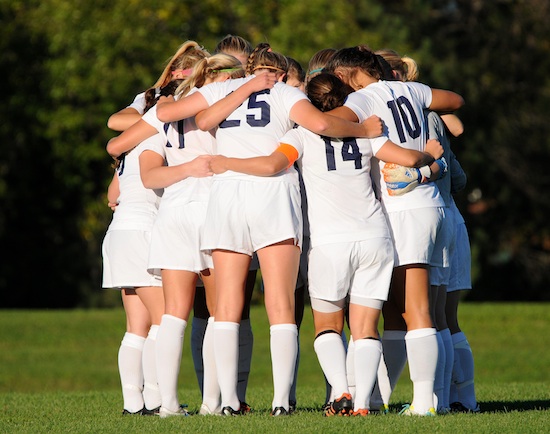 •   The Women’s Soccer Program at Middlebury College is a member of the nationally renowned New England Small College Athletic Conference (NESCAC), a unique association of 11 highly selective liberal arts colleges in the Northeast   •

•   The conference is widely recognized as the strongest in Division III, and its teams are comprised largely of Division I caliber athletes seeking the special experience these schools have to offer   •

•   Middlebury’s program began in 1979, and has since gone on to achieve sustained success at the regional and national level   •

•   In 2000, the NESCAC formalized its conference tournament with an automatic NCAA bid for the champion   •

•   Our student-athletes excel both in the classroom and on the field, while also making major contributions to both the greater Middlebury and global communities   •